Home » Members of the GII

The Managing Director and Expert in Employability and Impact Assessment: 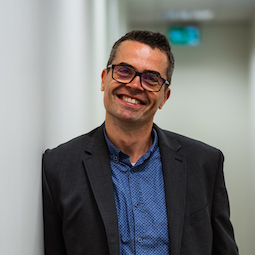 Uwe Brandenburg holds a PhD from Bristol University. He is the Managing Director of the Global Impact Institute as of July 1st 2017 and Associate Professor for Regional Cooperation and Impact of Higher Education at the Universitat Rovira I Virgili, Tarragona, Spain. Previously, he was a managing partner at CHE Consult Berlin and CHE Consult Prague (2013-2017), worked as a project manager at CHE Consult and CHE (2006-2012) and headed the International Office at the Humboldt-Universität zu Berlin for (1997-2005) and the International office at the Technical University in Cottbus, Germany (1994-1997).

Uwe was the head author and team leader for various major studies on impact and assessment such as the Erasmus Impact Study (2013-14) and the follow-up EIS Regional Analysis (2016) the European Voluntary Service Impact Study (2016-17), the InHoPe Project – funded by the German BMBF on internationalisation of administrative staff (2014-17), the IMPI project (Indicators for Mapping and Profiling Internationalisation) (2009-12), and also lead a number of advisory projects in the fields of mobility, internationalisation, controlling, strategy development, organisation development, diversity management, benchmarking, and quality control (EMQT, IMS2020, various Tempus projects). He has published widely on financing models for studying abroad, international education systems (inter alia on China with ca. 95,000 downloads to date), foreign marketing, internationalisation, EU projects regarding benchmarking, internationalisation, and Change Management at European universities. He is specialising in effect measurement in general and in effects of mobility in particular. Uwe was an elected member of the General Council of the European Association for International Educators (EAIE) and currently serves as an elected member of the Convocation Court of the University of Bristol. He was a core expert to the IAU (International Association of Universities) and to the Ad Hoc expert group on internationalisation. Uwe has more than 20 years professional experience in internationalisation and project leadership. He holds a British Masters’ Degree in Political Science and a German Masters’ Degree in Islamic Studies (Arabic and Turkish). Besides English – native speaker level – he is also fluent in Spanish as well as French and speaks Arabic and Czech. Sir Eric Thomas was knighted for services to Higher Education in 2013. He was Vice-Chancellor of the University of Bristol from 2001 to 2015. He was President of Universities UK from 2001 to 2013 and Chair of the Worldwide University Network from 2003 to 2007. He chaired the Government Taskforce into Increasing Voluntary Donations to Higher Education which reported in 2004, the so called Thomas Report.

He graduated in Medicine from the University of Newcastle-upon-Tyne in 1976 becoming a Consultant Obstetrician and Gynaecologist in 1987 until 2001. He was Head of the School of Medicine and Dean of the Faculty of Medicine, Health and Biological Sciences at the University of Southampton from 1995 to 2000.He is currently a Governor of the University of the Arts London and a trustee of the Royal College of Obstetricians and Gynaecologists, HRH Commonwealth  Study Conferences  and IntoUniversity. He is on the International Advisory Board for Ashinaga, a large Japanese educational charity.

Senior Advisor and Expert in the Internationalisation of Curriculum, Teaching and Learning: Emerita Professor Betty Leask is an internationally renowned researcher and thought leader in the internationalization of higher education. She has a broad range of experience as an educator, most recently as Acting Deputy Vice-Chancellor Academic and PVC Teaching and Learning at La Trobe University where she was responsible for leading academic development, academic student support services and curriculum innovation and change across the institution. Her work and her publications bridge theory and practice in internationalisation, teaching and learning in unique ways.

Betty has researched and published extensively on teaching, learning and internationalisation in higher education, led multiple national research projects on teaching and learning and in 2010 was awarded an Australian government teaching fellowship Internationalisation of the Curriculum in Action. In 2016, Betty received the European Association for International Education (EAIE) Tony Adams Award for Excellence in Research and in 2015, the IEAA Excellence Award for Distinguished Contribution to International Education. From the State University of New York at Buffalo, Ota received his Ed.M. in 2001 and Ph.D. in Social Foundations of Education (Comparative and Global Studies in Education) in 2008. He was awarded a Fulbright Scholarship to study international education administration in the U.S. in 1996. Janet joined the Higher Education Funding Council for England (HEFCE) in May 2013 as head of the HEFCE Observatory. There, she published on international student demand for higher education and transnational education. She is a member of the Research Committee of the International Education Association of Australia and an advisor on the UK – Philippines Transnational Education Links programme, which is a joint initiative between the British Council and the Commission on Higher Education (CHED) in the Philippines. Janet is founder and director of Education Insight, a research consultancy specialising in the international higher education. Alex Usher is President of Higher Education Strategy Associates (HESA), a consulting firm which advises governments, institutions and corporations in the higher education sector on policy and strategy.  His work, which mostly focusses on access to education, higher education measurement of institutional performance and internationalization, spans six continents.  Internationally, he works frequently for the European Commission, World Bank and other development agencies in Asia and Africa, and regularly partners with companies such as Interbrand and Ernst & Young on higher education projects.

In Canada, Alex is best known for his deep involvement on student financial assistance issues and for his work on the Globe and Mail Canadian University Rankings from 2006 to 2012.  He is also a Fellow-in-Residence at the CD Howe Institute, and writes a popular daily commentary on Canadian higher education called One Thought to Start Your Day.   He is based in Toronto, Canada. Dr Carlos Machado has participated since 1998 in EU funded projects related to modernization of higher education, capacity building and development and research. His research background lies in the field of social policies with participation in two FP frameworks and more particularly in social inclusion through new technologies. He has written over 20 articles and publications within this sphere.  He graduated in Political Sciences and International Relations at Universidad Complutense de Madrid. Thereafter, he obtained a Master degree in Science, Society and Technology by University of East London. He was also awarded with a Master degree in Management and an MBA by Solvay Management School in Brussels together with a PhD degree in Social Sciences by the Vrije Universiteit Brussel (VUB).  He has extensive experience in project management, monitoring and evaluation. He has received Bolashak scholarships to teach in Kazakhstan, Likewise he has coordinated international projects and prepared numerous proposals for institutions like Georg-August Göttingen Universität, Universidad Santiago de Compostela, VUB among many others. He has participated as individual expert for different initiatives of EuropeAid and the European Commission. He frequently conducts monitorings, evaluations and impact analysis related to higher education across the globe. Dr Stephen Webber has worked in the higher education and research spheres since 1994, as a lecturer in the University of Birmingham and University of Bristol, and (since 2007) as an independent consultant for the European Commission, World Bank, British Council, USAID and other organisations in the spheres of research and higher education.

His research experience includes expertise in the sphere of comparative education, with a focus on processes of education sector reform and societal transformations in the former Soviet Union region. His publications include the single-author book, School, Reform and Society in the New Russia (Palgrave, 2000).

His experience has included extensive activity in the sphere of internationalisation of higher education and research, and in the sphere of research governance. He has recently completed a long-term project aimed at promoting increased higher-education cooperation between the EU and countries of Asia and Central Asia; and is currently team leader of a feasibility study of university-industry mobility, conducted on behalf of the European Commission’s Directorate-General for Research and Innovation. Darren McDermott has extensive experience of higher and further education evaluation and development between Europe and Asia. Following education roles in Japan and Ireland and a masters in Education & Training Management, Darren joined the School of Education Studies at Dublin City University. In 2006 he was awarded a Japanese Ministry of Education Research Scholarship at Waseda University, Tokyo, where he conducted research on the internationalisation of higher education.  Darren has been appointed a Senior EU Expert on several ASEAN based European Commission projects focused on evaluation and capacity development. He is currently based in Singapore and leads the Institute’s development in Asia Pacific.

Senior Advisor and Expert for Evaluations and Regional Development: Jaana Puukka is Founder and Director of Innovation Engage, a consulting firm which advises international organisations, governments and institutions in the higher education sector on policy, strategy and evaluation. He work focuses on the higher education reform, regional innovation systems and the interplay between universities and business and society.  Jaana frequently cooperates with the European Commission and the World Bank as well as HE associations and science park organisations in Europe and elsewhere.

Jaana began her career in Finland where she held management, expert and advisory positions in universities and the ministry. In 2005, Jaana joined the OECD (Organisation for Economic Cooperation and Development) in Paris as a policy analyst. For nearly ten years she led large scale thematic higher education reviews which informed institutional and national policies in Europe, Australia, United States, Chile, Mexico, South Africa, Malaysia and Israel.  She published over twenty reports in the OECD series of Higher Education in Regional and City Development. Her current work for the European Commission focuses on the modernisation of higher education, university-business cooperation and support for the DG Research and Innovation.  Jaana is based in Nice, France. Phil Clements is CEO / Director of the Global Centre for Professional Events Management Ltd and an international event management company, Argentum Moon Events, facilitating small and bespoke events for a range of global clients. He was recently the Principal Consultant and a senior academic at the UK Centre for Event Management at Leeds Beckett University, UK, and a member of the International Centre for Research in Events, Tourism, and Hospitality, leading on international development. He brings with him a wide range of international experience in not only teaching and academic management, but also in developing bespoke professional courses for international clients. With over 15 years of successful teaching and managing at worldwide academic institutions in the fields of business and management, hospitality, tourism and event management, he has lived and worked in a variety of international settings.

He lived in different countries such as India, Australia, or New Zealand. Returning to UK he developed academic partnerships in Russia and the United States, developed and delivered professional courses in the Middle East, and more recently took the lead on developing collaborations and partnerships in South East Asia, Central and South America with stakeholders as diverse as national governments, higher education institutions, and multinational industries.

He is in the process of completing his Doctorate in Education, investigating the cross-cultural capability of teaching staff in offshore campuses. He has recently been appointed board member and International Industry Adviser for the Asia Pacific Centre for Events Management.